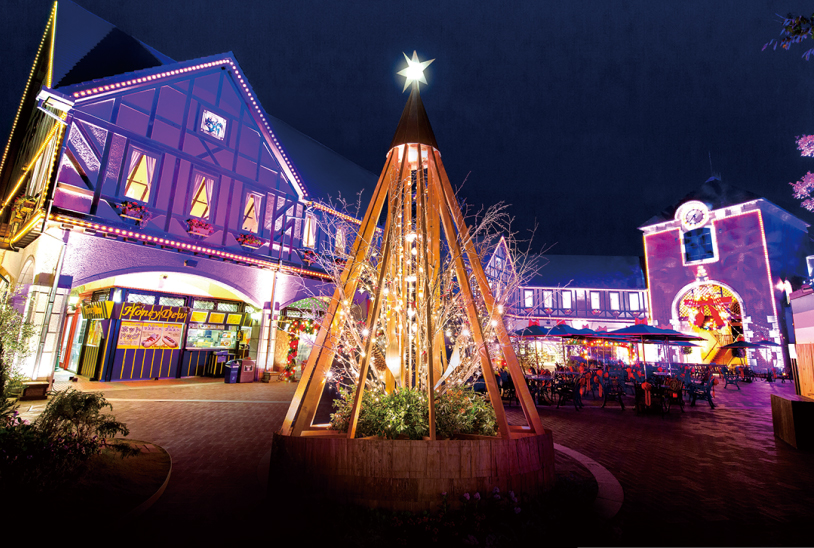 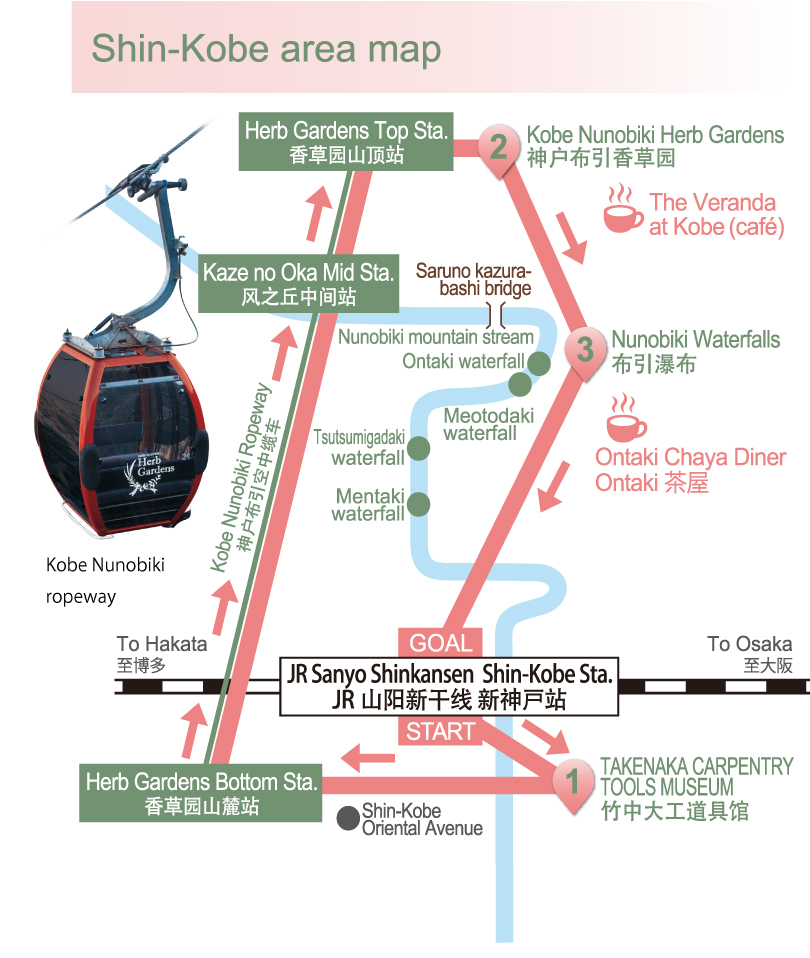 Full of exhibitions that stimulate your five senses through videos, sounds, wood scent, and hands-on displays.

The only museum of carpentry tools in Japan

Japanese traditional wooden architecture and carpentry tools that are essential for its building architecture are attracting attention from architects and media from all over the world. Aesthetic sense, mentality, and passion unique to the Japanese are internalized in these tools. 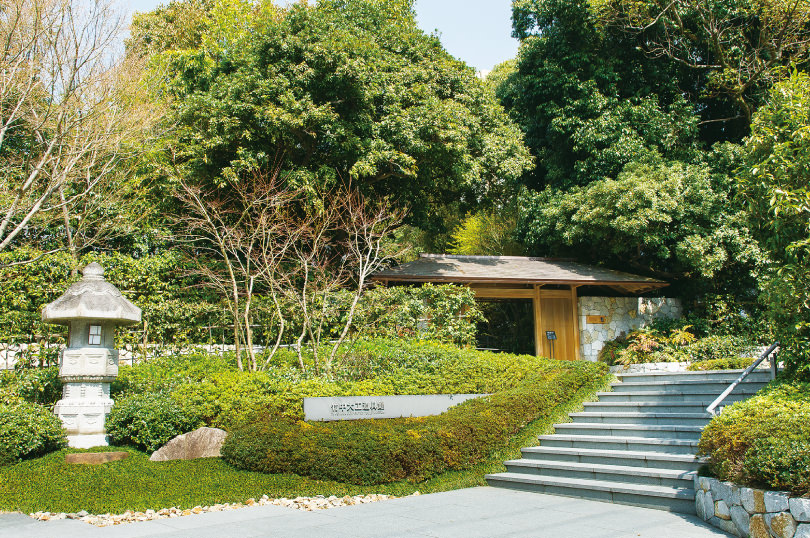 Entrance of the museum

However, due to recent advances in industrial tools such as automation or electrical devices, the number of blacksmiths who make carpentry tools as hand tools and carpenters who use these tools has been steadily declining year over year. 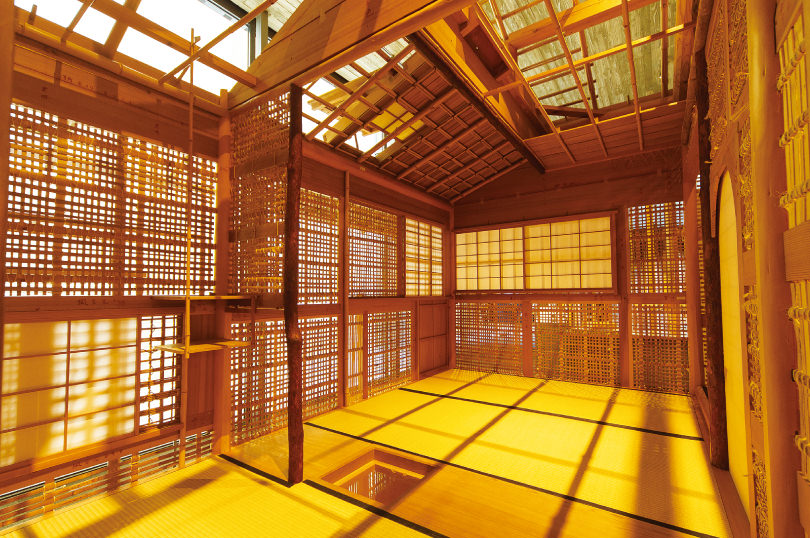 A full-scale model recreation of a tearoom

In this museum, approximately 1,000 items out of around 34,000 items that have been collected so far are on display. Also, large scale architectural models and hands-on exhibits will allow you to understand the courteous and fine soul of Japanese craftsmanship. 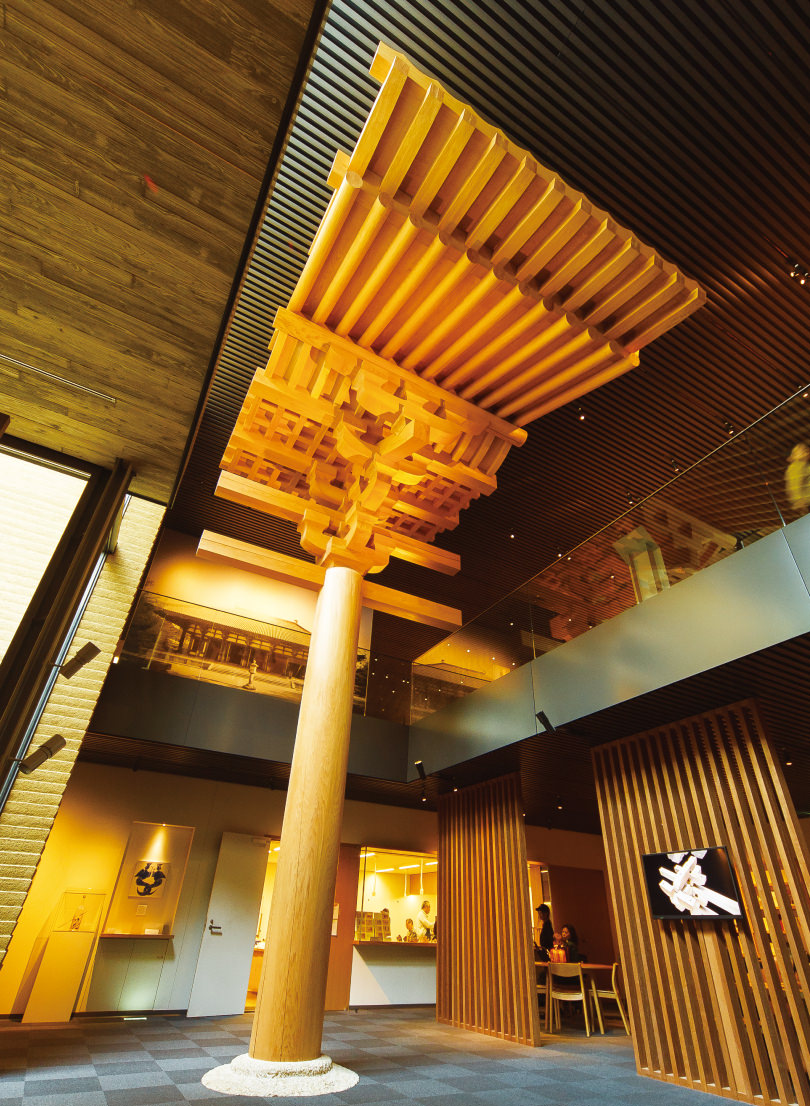 Awe-inspiring large architectural model up to the ceiling

２ Kobe Nunobiki Herb Gardens, a place where beautiful views of the entirety of Kobe city can be seen! 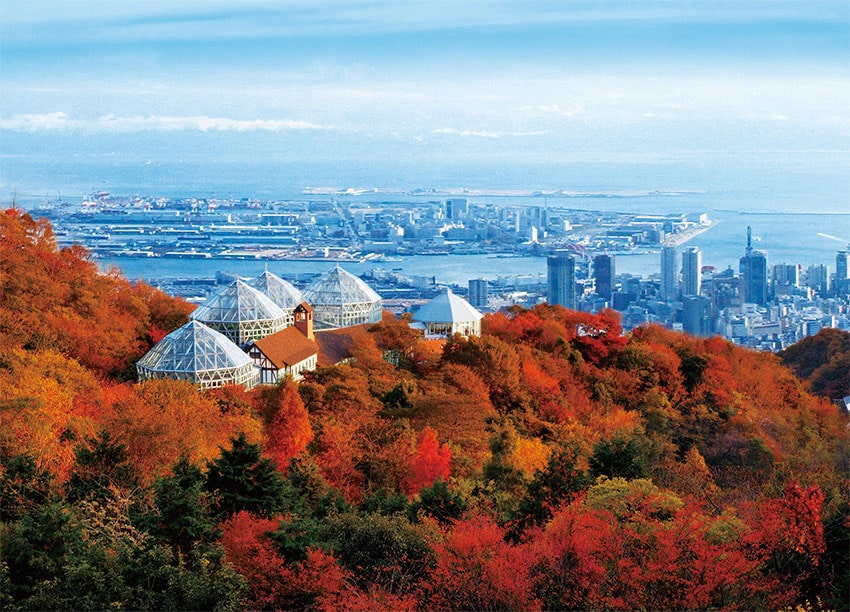 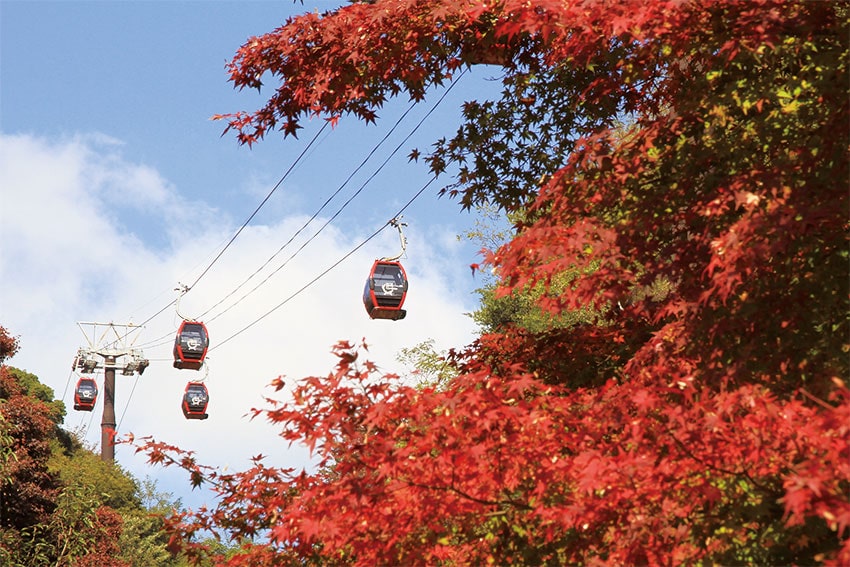 After departing the ropeway, relaxing herb gardens can be seen spread all over the fields. It is the perfect place to view Kobe’s entire cityscape alongside the sea. 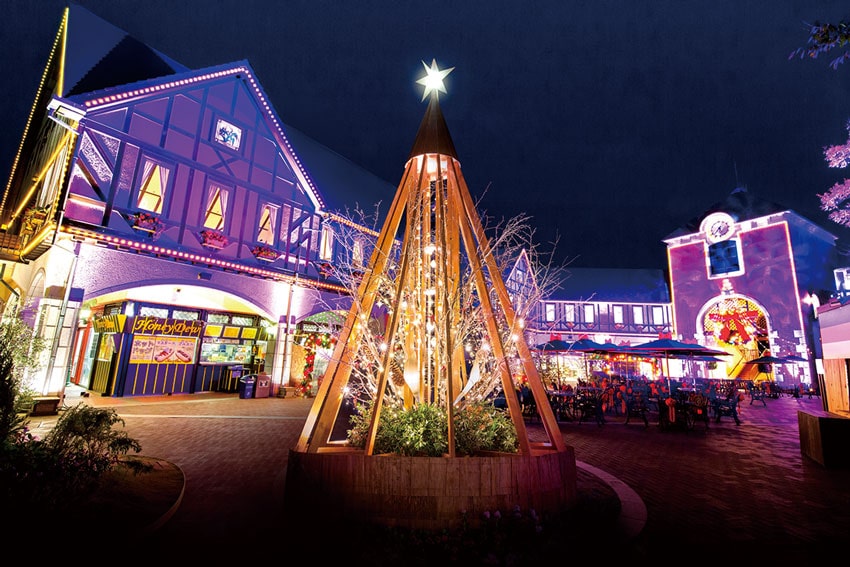 Additionally, during the evening, the view from the gardens will change into a fantastic night view which brings out a wonderful and romantic atmosphere which is entirely different from the daytime view. Please come and experience fantastic and breathtaking views from the ropeway and Kobe Nunobiki Herb Gardens with your own eyes. It will assuredly become a great memory that you will never forget! 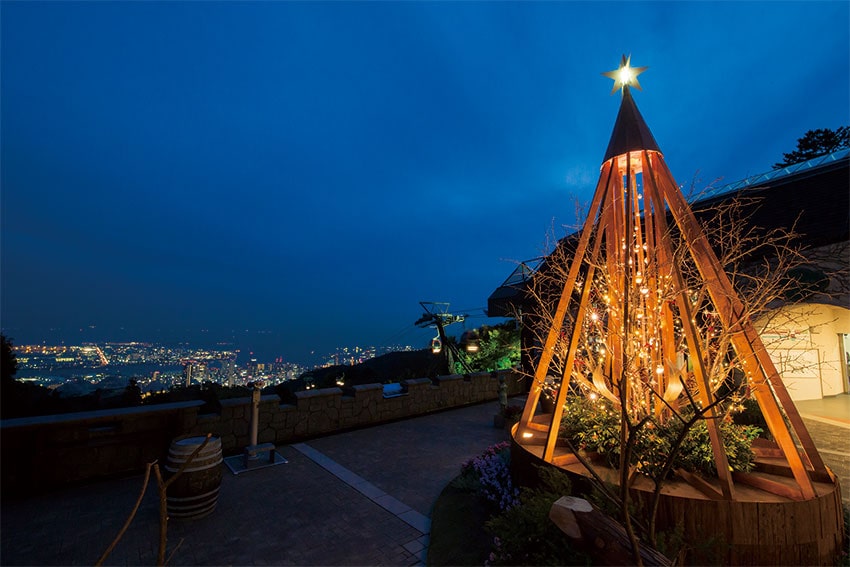 ３ Nunobiki Waterfalls where legend and history come to life. 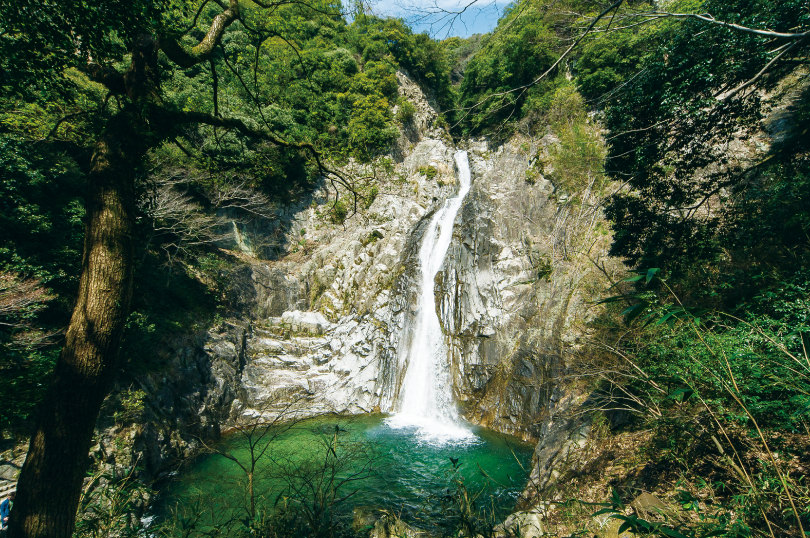 Water from the Nunobiki Waterfalls was well-known among sailors from olden times as sacred water that never spoiled with time. 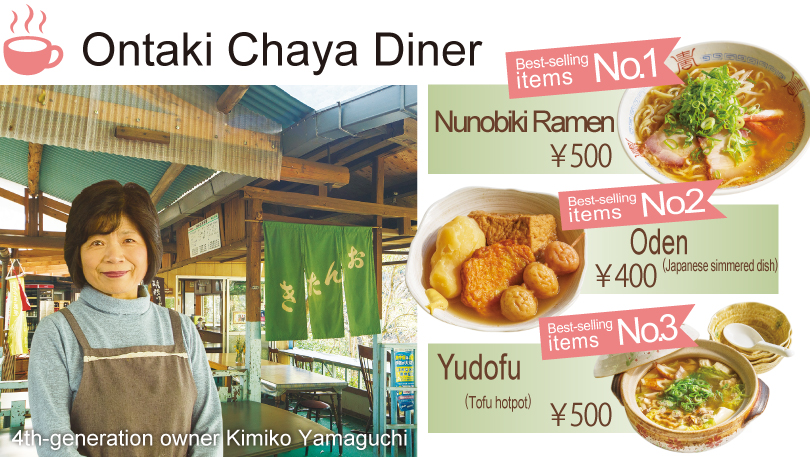 A long-established café and diner with a 100-year history. It’s located right above Ontaki fall and you can enjoy the dynamic view of the waterfall while dining. 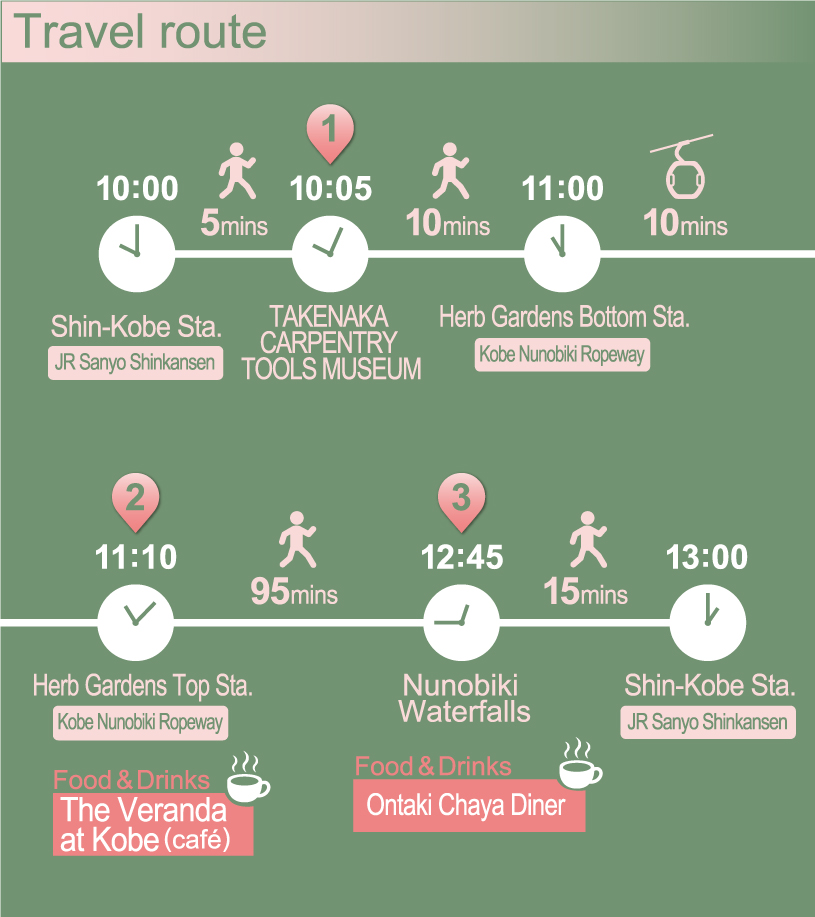 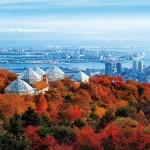 Kobe is well-known as a geographically unique city which is tightly surrounded by the close-by sea and mountains. The Kobe waterfront area, which is located relatively close to central Kobe, has especially become more energetic and lively. Many people from all over the world are attracted to and wowed by the waterfront, a popular tourist spot since the Port of Kobe commemorated its 150th Anniversary in 2017. And now in 2018, the mountainside around the Shin-Kobe area has also been drawing a great deal of attention from all over Japan and the world as a beautiful area. In this area, you can learn and enjoy Kobe’s history, traditions, and […] 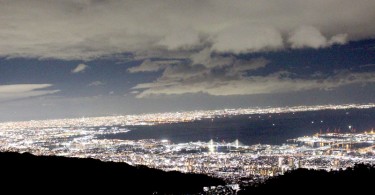